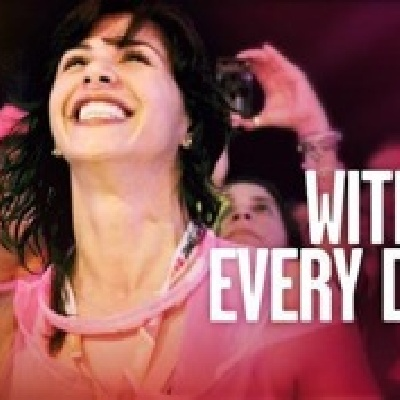 Marianela Ramirez is from Bucaramanga, Colombia.  She has loved to dance since the age of 4 and has been involved in fitness since 2001. Marianela received an undergraduate degree in Business Administration and a Masters Degree in Finance, and moved to the United States to pursue a career in banking working at the Federal Reserve Bank of Boston. After some time in the business world, Marianela realized that she was missing the human interaction and interpersonal connection that she had with teaching fitness and dance and encouraging others to achieve their health and personal goals.

She has been involved in the community through her roles as Director at the Department of Public Health and as a Program Manger at Southern New Hampshire Services where she co-created and managed a program called B.R.I.N.G. I.T., “Bringing refugees and Immigrants Gently Into Tomorrow” directed towards integrating minority and immigrant communities in central New Hampshire.  Through these roles and other charitable activities, Marianela was able to fulfill her desire to help others and give back to the community.

Marianela’s life changed forever when she discovered Zumba® and was trained as a Zumba® instructor and inspired by it’s founder and her mentor, Beto Perez, in May, 2006.  She pursued her dream of owning her own fitness facility and founded VLD Fitness in New Hampshire, USA, which went on to be an award winning fitness studio.  Marianela’s motto is “Si Se Puede” Yes You Can.  She is driven by her love of sharing her passion for Zumba® with others and finds joy in seeing her students grow and experience the magic that comes when doing Zumba®.  Many of Marianela’s students have gone on to become Zumba® instructors themselves and she is humbled to have be able to mentor these up and coming stars in the world of Zumba®.

Marianela has won numerous awards as a fitness instructor and has been featured in numerous television, radio and newspaper stories and she presented at the 2015 Zumba® Convention as part of the groups Colombia con Estilo and African Township Beats.  Marianela’s certifications include Zumba®, Zumba® Step, TRX®, Hustle, Zumba® Basic I & II, Zumba® Gold, Zumba® Kids, Aqua Zumba®, Zumba® Sentao, Zumba® Toning and Strong Nation. Marianela now lives in Bedford, and enjoys traveling the world as an International Zumba® Presenter.